Imagine Father Christmas, complete with white beard and little round specs, but instead of the red onesie and little helpers, envisage a smiley, rosy cheeked gent in a baseball cap, surrounded by leggy blonde models and you might be somewhere close to the larger than life character and celebrated photographer Peter Lindbergh.

Having seen him in interviews, and now in person it’s no wonder females fall at his feet. Charming, bashful and extremely witty, Peter was present at the press conference for his latest show ‘A Different Vision on Fashion Photography’ which recently opened in Rotterdam’s Kunsthal Gallery.

This is the first opportunity to view large print versions of his classic photographs which have spanned high end fashion magazines since the 1970’s. With Vogue, Rolling Stone, Vanity Fair, Harper’s Bazaar US, The Face, Visionaire, Interview and W all on his roster of clients; He has also shot pretty much every single supermodel, and his iconic image of relative unknowns: Karen Alexander, Linda Evangelista, Tatjana Patitz and Christy Turlington, is still one of his most memorable and referenced fashion image to date. 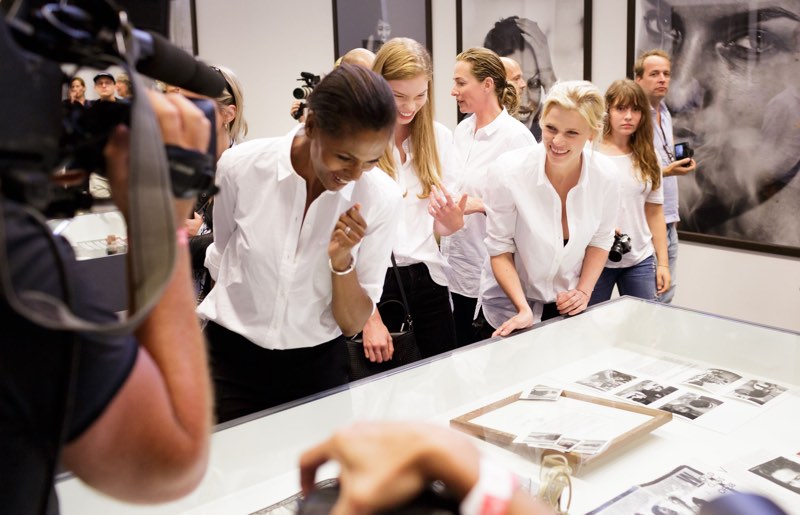 Peter and his bevvy of model subjects, obviously have a special bond, with Milla Jovovich, Cindy Crawford, Lara Stone and Karen Alexander, all appearing at the press conference and eager to share their anecdotes on stage. Quite a feat to travel to Rotterdam to support a friend! But starting the careers for the women, allowed them to feel self-possessed, and uninhibited, with Jovovich particularly animated about the first time she was told to make an ‘ugly crazy face’.

Lindbergh’s work has an air of street style documentary photography, albeit in a very polished manner. He seems to grasp the most unlikely moment when his models aren’t posing, and is eager to present the most natural interpretation he can. The terms authenticity and inner beauty, are used time and time again to define Lindbergh’s work, which is a contrast to his contemporaries including Helmut Newton who sexualised his subjects both in clothing and make up. For example, his portraits of Kate Moss, Naomi Campbell, Tina Turner, Madonna and Angelina Jolie are like nothing you have ever seen before, and make the sitters appear real and true, rather than fake and polished. 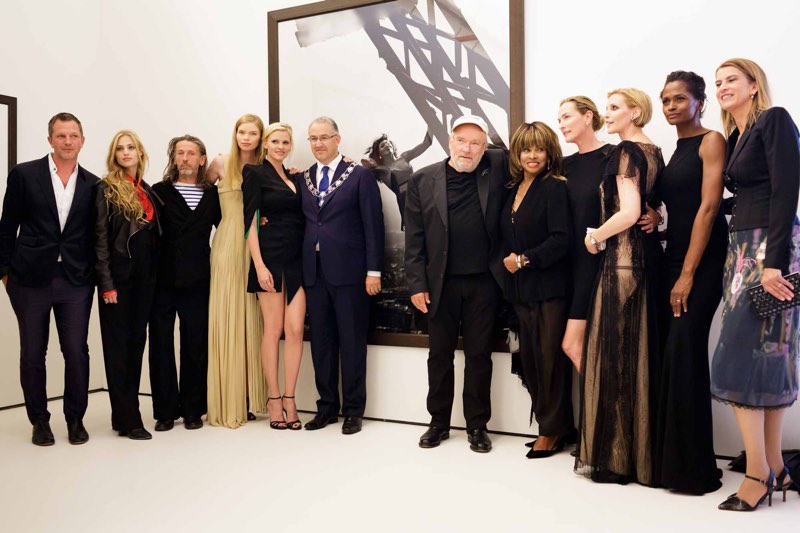 The exhibition is curated by Thierry Maxime-Loriot, who himself, once modelled for Lindbergh, and carried on the friendship. Now a contributor to many magazines and museums, he also curated the sellout show ‘The Fashion World of Jean Paul Gaultier: From the Sidewalk to the Catwalk’, which another spectacular, creative insight into the fashion industry.

Lindbergh’s retrospective condenses over five years of research, into a capsule of personal notes, storyboards, props, polaroids, contact sheets, films and large scale prints, and over 220 images are woven together in a way which demonstrates Peter’s passions, which range from early German Cinema and industrial surroundings of his childhood, ballet dancers to cabaret and outer space. These are then displayed as themes, rather than following a traditional chronological order.

There is no doubt, Lindbergh is largely known for his no-frills, cinematic visions of beauty, yet seeing the over-sized images, you can notice imperfections, and naturalisms in the models; In an age where images are photo-shopped to the hilt, ‘A Different Vision of Fashion Photography’ is a celebration of the unique and is extremely fresh and educational. With little styling or setting to divert attention, the emphasis lies in capturing the true and raw essence of his subjects, claiming a little personality goes a long way. 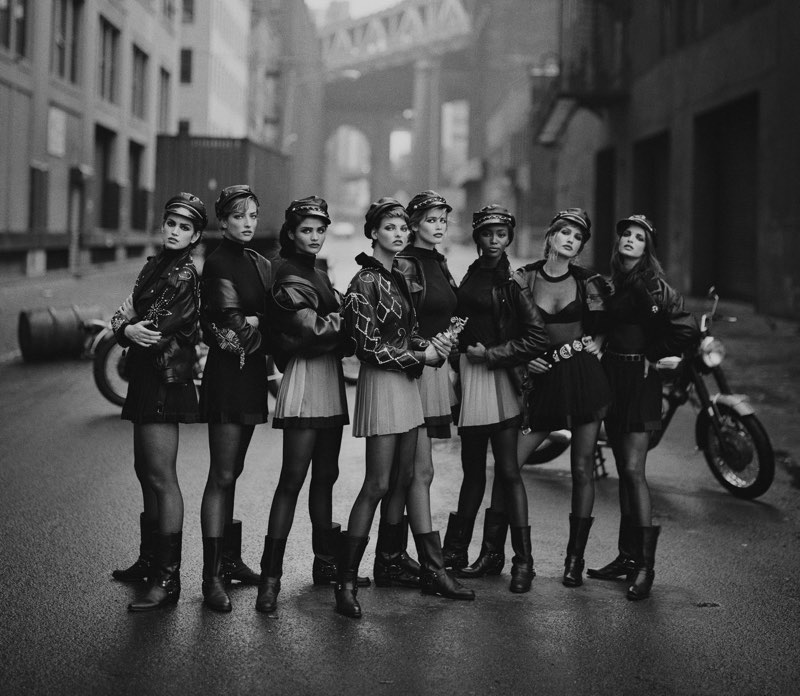 Credited with launching the careers of the nineties supermodels, including Cindy Crawford and Naomi Campbell, Lindbergh’s work is renowned throughout the industry. But his photography goes much further just fashion, and plays a vital role in the progression of women’s rights. His humanist approach to women has drastically questioned the standards of the fashion photography industry, and he is keen to promote natural beauty and a women’s depth, rather than just a blank canvas.

“This should be the responsibility of photographers today to free women, and finally everyone, from the terror of youth and perfection.” Hear hear, long may Lindbergh reign, and inspire!

See the ‘A Different Vision of Fashion Photography’ for yourself until February 12, 2017 in the Kunsthal, before moving on to Munich, where it will open in April, 2017.
For more information, check out the Kunsthal here: www.kunsthal.nl

Sara Darling is a freelance travel, fashion and lifestyle writer. In a previous life she was a fashion luvvie, but quit to follow her gypsy soul! When she is not clutching her passport, microphone or glass of fizz, she can be found avec snorkel in exotic oceans, scouring international flea markets for covetable jewellery, watching indie films or checking out photography exhibitions and wishing she could take a better picture. Follow her adventures on Twitter and Instagram on @wordsbydarling and @1stclassdarling

Changes in the individual....