Here is part two of our guide to the best new music from the Glastonbury 2011 Emerging Talent longlist.

The Artists selected for the shortlist will be announced any day. Watch this space! 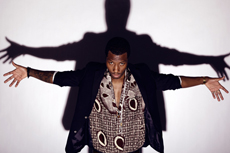 Born in Ghana Thai matic is a prolific rapper/entrepreneur/graphic designer who has been perfecting his art form in the last 10 years.

From his initial emergence into the music industry with his group KUZ, who enjoyed laudable underground success with their single Dry Kry, Thai has continues to evolve as an artist.

Interesting Fact?
I have metal plates in my jaw.

Plans for the rest of 2011?
To release an EP on iTunes, tour and heighten my profile.

The 18 year old’s eye for precision and ear for perfection have been epitomised by his highly publicised remix of Deep Focus’ anthemic drum and bass track entitled “Heavy Metal” that has reached almost half a million views on Youtube.

With multiple releases in the pipe line with prestigious record labels such as ‘L2S recordings’, we can expect big things in the near future.

Interesting Fact?
I can say words backwards faster than I can forwards, ask anyone, I promise.

Current / forthcoming releases:
Forthcoming EP on L2S recordings entitled “No More Tears“, seeing the light of day around April / May. I also have some old forthcoming releases of D’n’B tracks under the alias of TGunn along with a release that is currently out on Echowide music ft. Modu entitled “Slow motion of them hours“.

Plans for the rest of 2011?
Make more music, the hobby that keeps me sane. The extent that creativity relies on mood is unimaginable and I don’t think it’s something people realise unless they’re told like I was. I’m currently over-coming a large period of writer’s block that’s killing me! Once it’s out of the way (if it ever budges) I hope to make more music to please myself mostly. If other people like my music then that’s a huge bonus also, but ‘bonus’ being the keyword there. 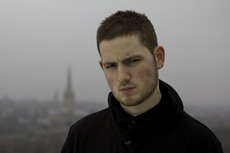 Current / forthcoming releases:
Current single is ‘Off With Their Heads (feat. Vertex of Marvell). The video has just been playlisted by MTV (HERE), and is taken from the forthcoming EP ‘The Cadmean Victory’.

Who are your influences?
Mobb Deep, Carvaggio, My producers, Drake, The Streets

Plans for the rest of 2011?
Release ‘The Cadmean Victory’, drop more videos and have them widely televised, get playlisted by BBC 1Xtra and Radio 1, and generally take over. 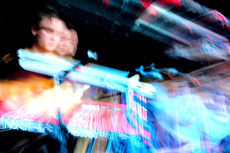 J-Treole is a five-piece outfit from the UK, bringing their own unique blend of “Indie Jazz-Hop hot sauce”.’

Who are your influences?
We were brought together by a mutual love of 60s jazz and 90s hip-hop, now there’s everything from warp to Sonar Kollectiv, Nine Inch Nails, Dilla, Animal Collective, Mulatu Astatke, The Beach Boys, Quantic, Fela Kuti etc

Plans for the rest of 2011?
Plenty of festivals and finishing off this EP. Spread love.

Support these great new artists from the Glastonbury Emerging Talent Longlist 2011 by ‘liking’ this feature (see below) or join our facebook page HERE
Look out for more tomorrow.