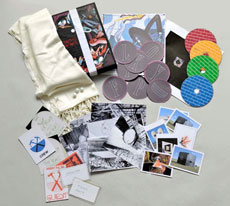 The forthcoming 7-CD Immersion set of The Wall contains rare and unreleased material is a must for all Pink Floyd fans.

There is something about Pink Floyd’s music that manages to be be both deeply personal and completely alien and there is no better example of this than on The Wall.

The concept behind ‘The Wall’ stemmed from Roger Waters’ increasing frustrations with fame, and the original live show was a uniquely brave attempt to ‘literally’ push the music to the front of the stage. While the band performed the first half of the show a physical wall of polystyrene blocks was erected between them and the audience, so tall that once it was finished the band were completely obscured from view.

In 2011 Roger brought ‘The Wall’ back, and it’s themes of war, division and isolation are just as relevant as they were in November 1979, when the album was originally released.

With the aid of new technologies, ‘The Wall’ was transformed for the new concerts into a canvas for some of the most amazing visuals ever seen. For a full rundown of the Immersion Edition see below.

To enter our competition to win the boxset worth over £90, just answer the following question –

**** This competition is now closed. To keep up to date with our competitions visit our Facebook page http://www.facebook.com/flushthefashion **** 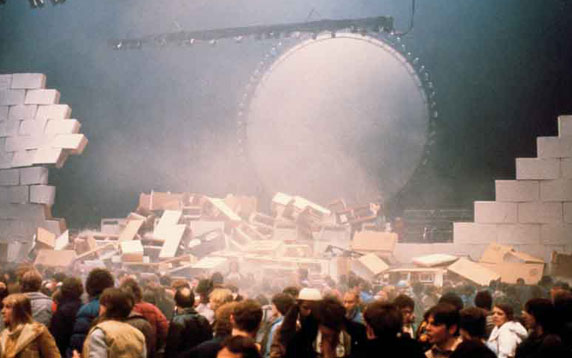 Disc 1 & 2
A 2011 remastered version of the original album using new technology to bring out the very best of the original record.
Discs 3 & 4
These discs are ‘Is There Anybody Out There: The Wall Live’ this has also been digitally remastered. they are live recordings from two Pink FLoyd concerts, one in August 19880 and the other in June 1981.
Disc 5 & 6
These are some amazing original demo recordings recorded by Roger Waters of songs that would later be featured on The Wall.
Disc 7
Is a DVD with some excellent video on. It features Another Brick In The Wall pt2 promotional video – restored in 2011, a brilliant Behind The Wall documentary, an interview with Gerald Scarfe, and a short filmed extract of Earls Court concert featuring animation.
In addition to the aural and visual delights you also get some cool Pink Floyd Memorabilia –