Muse return with their sixth studio album, and it’s a bit if a hodge-podge of various styles. Matt Bellamy wasn’t too far off when he tweeted it would be a “Christian-gangsta-rap-jazz-odyssey, with some ambient-rebellious-dubstep and face melting metal flamenco-cowboy-psychedelia”. 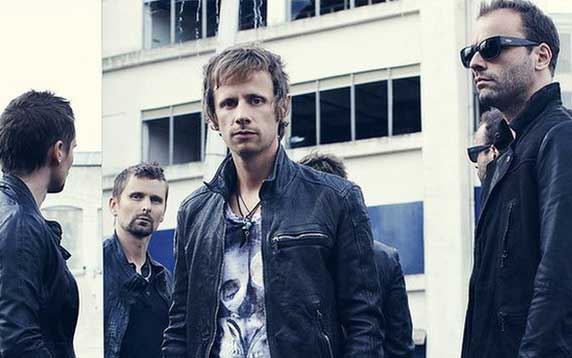 It starts off with dark new Bond theme ‘Supremacy’, composed with the help of David Campbell (who has previously worked with Radiohead and Adele), it sounds un-mistakeably like the Muse of old. Second single ‘Madness’ (below) grows into a beast of anthem, and just when you think you know what you’re getting they hit you with ‘Panic Station’, which sounds more like Frankie Goes to Hollywood than their usual work.

Olympic anthem ‘Survival’ sounds like nothing else on this album which to some may be a relief, it’s camp-y and knowingly over the top unlike ‘Follow Me’ which over the sound of a baby’s heartbeat is a broody piece of dark electronica which builds into an unlikely club anthem reminiscent of Gloria Gaynor’s ‘I Will Survive’. Now ‘Survival’ does sound like a Queen homage but not as much as ‘Explorer’ which sounds like a slowed down ‘Don’t Stop Me Now’ and comes across a bit dreary.

‘Animals’ could have been a reject from Absolution, with a similar sound to ‘Stockholm Syndrome’ perhaps only a little more self-indulgent. The more indie ‘Big Freeze’ sounds like U2 have covered The Resistance’s ‘Undisclosed Desires’ while ‘Save Me’ has echoes of the classic prog rock of the 1970’s with a solo worthy of Rick Wakeman himself.

At this point if you’re not a massive fan of either Muse of progressive music you might have drifted off until bassist Chris Wolstenholme takes over the vocals with a Foo Fighter-esque 21st Century stadium anthem.

And finally they end with the grand finale the two-parter ‘2nd law’. Part one; unsustainable starts of as a soundtrack to an epic film with strings and news-reports before the dubstep hits. It’s ludicrous and puts a smile on your face at it’s sheer absurdity but it’s a song you will definitely remember.

Those worried about the dubstep needn’t not be as the beat is hidden in-between Bellamy’s falsetto and an orchestra. Part two is sedate and an almost fluffy ending to an album which makes no safe choices.

This album definitely has less cohesion than their previous work with a mix of style and influences, but you have to credit them for not taking the easy option (and venturing into a world of dubstep).

The 2nd Law is released on Oct 1st

English student attempting to be an author in the South of England. A fan of loud music and quiet films, Tumblr blogger and local radio DJ.