A feeling of ‘good old days’ pervades the Peanuts Movie, which feels like it’s aimed at younger kids than the likes of Inside Out and Despicable Me. The action takes place in a golden time before mobile phones and social media (so the place to go for advice is Lucy’s sidewalk stand – price still 5c) and friendship (dog and human), kite-eating trees and little red-headed girls are still central to the plot. 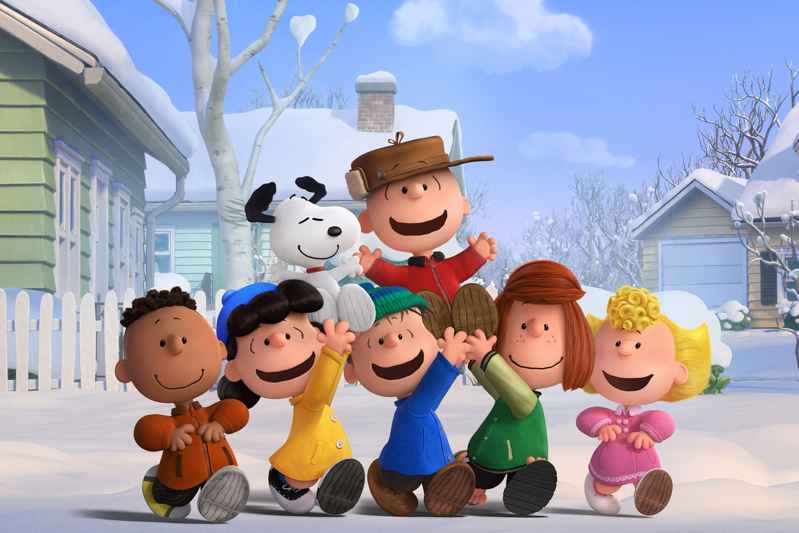 However, as nice as it is to see Charlie Brown and the gang (including my personal favourites, Peppermint Patty and Marcie) back on the screen – with a Peanuts-appropriate piano-based score by Christophe Beck and grown-ups voiced by the usual trombone – the film just seems rather unsophisticated. Perhaps it’s the films slightly twee nature and the moralising finale, but it feels a long way from the original cartoon strip. There is little in the way of nods to the older members of the audience who are more likely to have grown up with Peanuts, but there’s nothing even subtly adult about this outing.

What is good is the use of different kinds of animation.The bulk of the film is computer animated but when think bubbles appear over characters’ heads the traditional pencil drawings are used for their thoughts. Even within the computer generated effects eyebrows and worry lines are not permanent features of the characters with the ability to move all over faces and display a hundred different emotions just with the movement of a line.

Overall though, the whole thing just feels a little confused. The Snoopy fighter-pilot sub-plot pops up in random places without any clear introduction, while Charlie Brown’s little red-headed girl story-line engages in a more comic strip-like series of events (or in Chuck’s case, accidents).

Whether it would be at all possible to produce a slightly more sophisticated Peanuts Movie is unclear, but this attempt is a little too paper-thin to make much of an impact for my taste.

Snoopy And Charlie Brown: The Peanuts Movie is out NOW