Here at Flush the Fashion we love movies, and as one of the last features in our Monster Movie Month it seems appropriate to for us feature one of the most famous movie monsters of all time.

Jaws was a landmark film for so many different reasons. The effects, the music, the acting, the Dolly Zoom, the prosthetic shark (nicknamed Bruce) and above all because it is such a brilliant movie. It still makes me jump now when the head appears through the hole (you know the bit). 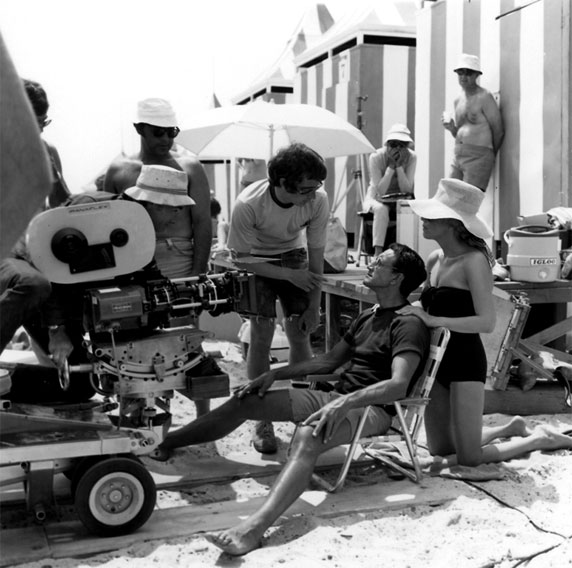 If you haven’t seen it, ‘see it’, if you have seen it you might want to take a look at a fascinating new book about the making of the movie.

Author Matt Taylor has been back to Martha’s Vineyard, the real life ‘Amity Island’ to compile an amazing collection of stories and photos from the people who were there for the the making of this landmark movie over 35 years ago.

We spoke to Matt about his experiences putting the book together.

What gave you idea to do a book about Jaws?
The original concept came from JAWS memorabilia collector, Jim Beller (Jawscollector.com) around 2005. I had just moved back to Martha’s Vineyard to work on a documentary film and met Jim as he scoured the island in search of local Jaws memorabilia.

His idea was to create a book comprised of the photos of several key locals who had photographed the production. They had given him their photos, and Jim was looking for a writer and designer to put all of this stuff together. It sounded like a great project and one I couldn’t resist working on once he asked me.

Once I joined the cause in 2006, which at first was very much a part time effort, I knew there was far more Jaws material on the island that could be incorporated into the project.

I began combing the island for every single bit of local Jaws memorabilia I could find and I was able to really put a full time effort into collecting the stories and photos of local Jaws participants in 2007, a process that took about two years. 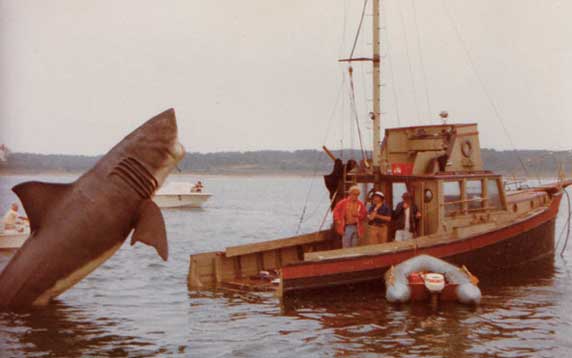 It took another year and a half to interview everybody and research the production schedule so that I could piece all of the photos and stories together in their proper chronological order. That was the most exciting part of the project for me, personally, and something that had just never been done before in any of the stuff that’s out there about the making of the movie.

The production schedule was pieced together by digging through the Vineyard Gazette archives. The Gazette is the local island newspaper, which documented the land portions of the production quite thoroughly. The dates gathered for the photos of the third act material we compiled came largely from Carl Gottlieb (who co-wrote the screenplay), who had one of few remaining original production journals.

Who did you speak to in the process of making the book?
I spoke to as many of the islanders I could find who were part of the production, and in some instances, used interview footage of ones who have passed. I also interviewed numerous members of the Hollywood Jaws faction, including Joe Alves, Carl Gottlieb and Bill Gilmore, who were the ones from Universal who really worked most closely with the Islanders involved with the making of the movie.

I wanted to keep a very local, small town feel to the book, like Hollywood comes to Mayberry, and so I tried to include only those Universal personnel who were sort of at the grassroots level of interacting with the island people who were part of the production.

The bigger the Hollywood names we had involved, the more “top heavy” the book would have felt, and it would have lost its small-town feel.

7 days of blood, sweat and tears. Introducing my f