Rather than reboot John Carpenter’s 1982 remake of Howard Hawks’s 1951 movie “The Thing From Another World”, Matthijs van Heijningens directorial debut chooses to focus on the events leading up to the start of the first film. 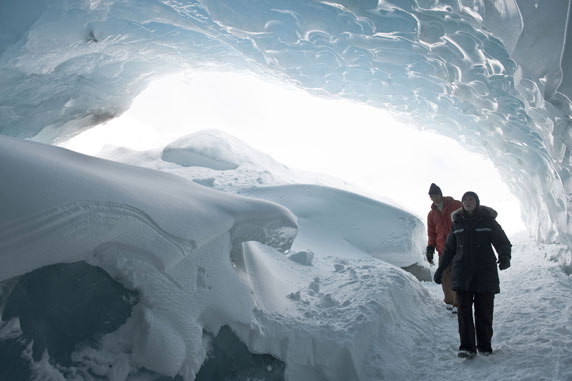 When a Norwegian research team literally fall upon an alien spacecraft out in the Antarctic, Grad student paleontologist Kate Lloyd is called in to take samples from an alien found in the ice. When the frozen fossil thaws mayhem ensues.

Unfortunately the claustrophobic psychological paranoia of the 80’s version has been traded in for a monster morphing fire fest on ice culminating in an Aliens / The X Files Movie style ending.

Credit to Heijningens for recreating a look and feel in line with Carpenter’s original with enough visual and audio homages to keep fans happy – you must stay and watch the closing credits.

By the end of the movie I did have the urge to dive into the nearest vodka – ice – bar. A missed cross marketing opportunity me thinks..