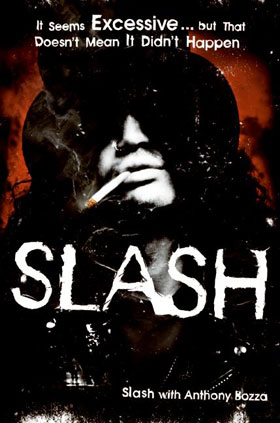 What advice do you have for anyone who may be an aspiring writers?

Every writer says that, but it’s true. Keep reading too. What you read influences how you write. In terms of fiction and novels, there are so many avenues to self-publish now if the industry doesn’t bite.

You really have to love the written word. Not like it, love it, to be a writer at all, because it’s not easy.

Like acting, it involves a lot of practice and a lot of rejection. Communicating experience in a compelling enough way that it comes alive in someone else’s mind is incredible when you pull it off.

In terms of music and entertainment journalism and where I came from, things have changed so much.

There are so many blogs and so many avenues for people to share their opinions that there is a glut of them. It’s changed the nature of what counts as “criticism.” Too often a review of a show or a record reads like a diary entry: there is either too little information or an overabundance of personal information and observation peppered with too much of the writer’s innermost feelings.

On that note, I’m starting a blog with a writer named Max Burke who is a young up-and-comer whose style I like a lot. He sticks to the facts and doesn’t assume that every single person reading what he’s writing already knows Panda Bear’s real name.

Max has a good ear and a clean writing voice and it’s going to be fun. We’re not going to cover the obvious or the newsworthy – there are too many sites doing so already. We’re going to focus on a particular theme each month, but, that said, what it means to be a fan and a critic in this day and age will inform all of the bands and trends we discuss.

We aim to get a podcast going too, which is one of my favorite mediums, because there’s a certain intimacy to it when it’s done well. My goal with the blog is to do criticism that has a focus, the way it used to be when a pop culture magazine was expected to have a distinct identity that courted a distinct readership.

I’d love to see the blog expand, too, so aspiring writers should by all means send us samples and pitches if they’re into what we’re doing. Look for it to kick off in a month or so (March 2011).

Any plans to write a novel?
Fiction is very much in my sights and something I’ve been thinking about for a long time. I have a few pieces in various stages of construction that I keep coming back to. One is based on a particular period of my life in and around music. The other, which I’m more focused on right now, is apocalyptic sci-fi. I’d like to bring as literary a voice as I’m capable of to sci-fi because I just love it.

What I’m working on isn’t a long ago in a galaxy far, far, away story. It’s definitely earth-bound. No futuristic zombies, vampires or faeries either. 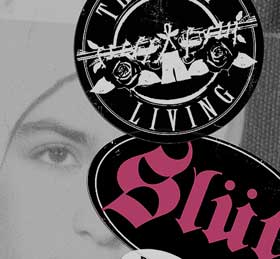 What is coming out next from Igniter Books.
Igniter has a few books in process right now. The ink isn’t dry on the contract for one of them that I’d love to tell you about, so I can’t unfortunately. But we are going to publish the autobiography of recently deceased country icon Charlie Louvin.

It’s deja vu, sadly, because the same thing happened with Larry Bozo Harmon: our writer had finished interviewing and was nearly done writing when Larry died.

I’m doing the primary edit on the Louvin book and I can’t wait to get started because we’ve got an incredible writer on it. His name is Benjamin Whitmer and he published his first novel, Pike this year. He has a true command of the language, and his sensibility is the perfect match for the angels and devils inherent in Charlie and Ira Louvin’s story.

I’m proud of this book because the story is a gem that might otherwise have been forgotten. If you can be part of preserving a worthwhile legacy, it’s a good day, indeed.

You can find out more about Igniter books from their website and look out for all of Anthony’s new projects on his personal site www.anthonybozza.net

Latest
How cool are these? I want one! @citroenuk #ami #

Wow, great food. Thanks to @futurefarm for the inv