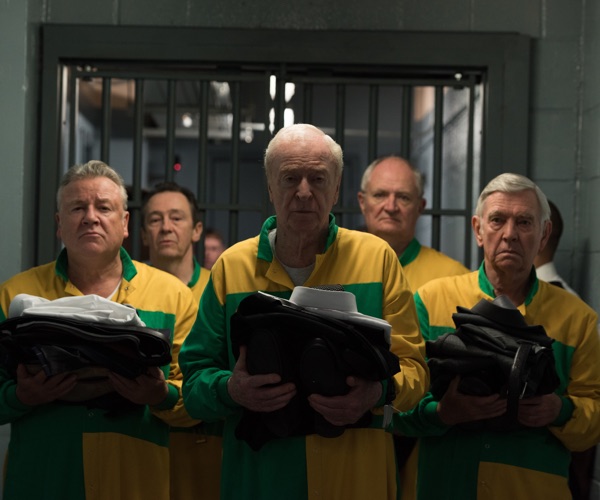 From the producers of LEGEND and DARKEST HOUR, and featuring an all-star cast of homegrown legends led by Sir Michael Caine, STUDIOCANAL is pleased to announce that KING OF THIEVES – the incredible true story of the spectacular Hatton Garden diamond heist, the biggest and most daring in British history.

We have 3 copies to give away on DVD!
Please note we are now using google forms for competitions entries. This allows us to collect your info (and delete it safely). We don’t keep or sell your info to anyone (we hate spam too)

King of Thieves comes to Digital Download on 14th January and on Blu-ray and DVD 21st January; pre-order now:https://amzn.to/2DRHOoP.

WE DON’T SEND SPAM The prize draw is open to all UK residents aged 15 years or over, except employees of the Promoter, their families, agents or any third party directly associated with administration of the prize draw.
The prize draw is free to enter and no purchase is necessary
All entries must be submitted via Flush the Fashion and only one entry per person is permitted.

Entrants found to be using multiple accounts to enter will be ineligible.
The closing date of the prize draw is 14:00pm on 31.02.19. Entries received after this time will not be counted.

The Promoter accepts no responsibility for entries not successfully completed due to a technical fault [technical malfunction, computer hardware or software failure, satellite, network or server failure] of any kind and any incomplete entries will not be considered valid for entry into the prize draw.

Three winners will be chosen by random draw on random.org
Each winner will receive one of 3 copies of King Of Thieves
The winners will be notified by email (using details provided at entry) and must provide a postal address to claim their prize. If a winner does not respond to the Promoter within 24 hours of being notified by the Promoter, then the winner’s prize will be forfeited and the Promoter will be entitled to select another winner in accordance with the process described above.
The prize will be sent to the winner by post within 10 days of being notified of their win.
The prize for the winner is non-exchangeable, non-transferable and no cash alternative is offered.
The Promoter reserves the right to replace the prize with an alternative prize of equal or higher value if circumstances beyond the Promoter’s control makes it necessary to do so.
The decision of the Promoter regarding any aspect of the prize draw is final and binding and no correspondence will be entered into about it.
The Promoter reserves the right to refuse entry, or refuse to award the prize to anyone in breach of these terms and conditions.
The Promoter reserves the right to hold void, cancel, suspend, or amend the promotion where it becomes necessary to do so.
Insofar as is permitted by law, the Promoter, its agents or distributors will not in any circumstances be responsible or liable to compensate the winner or accept any liability for any loss, damage, personal injury or death occurring as a result of taking up the prize except where it is caused by the negligence of the Promoter, its agents or distributors or that of their employees. Your statutory rights are not affected.
Winners may be required to participate in publicity related to the prize draw which may include the publication of their name and photograph in any media.
Personal data supplied during the course of this promotion may be passed on to third party suppliers only insofar as required for fulfilment/delivery/arrangement of the prize.