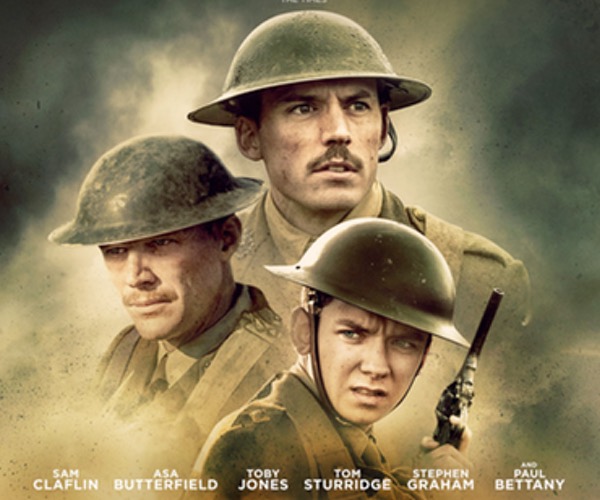 To be in the draw just answer this simple question…

Based on RC Sherriff’s play and novel of the same name Journey’s End is set in March 1918 as C-Company, led by a war-weary Captain Stanhope (Sam Claflin) arrives in northern France to take its turn in the front-line trenches. Told that a German offensive is imminent Stanhope drowns his fears in whisky whilst the officers (Paul Bettany, Stephen Graham, Tom Sturridge) and their cook (Toby Jones) attempt to distract themselves in their dugout with talk of food and life before war. 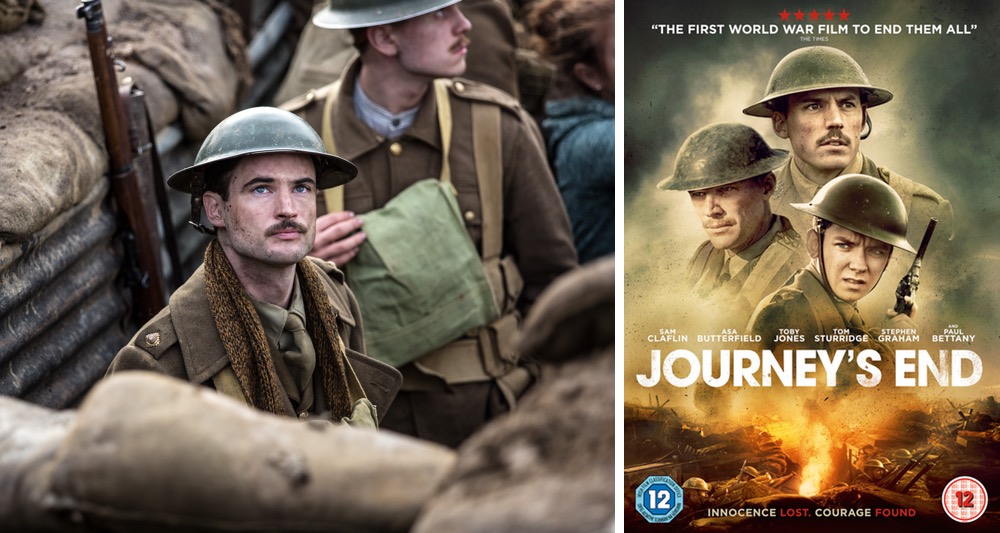 They are joined by Raleigh (Asa Butterfield), a young new officer fresh out of training excited about his first real posting, and a chance to serve under Stanhope. Raleigh’s naivety serves as a stark contrast to the other men’s impending fear as the tension rises and the attack draws ever closer.

Directed by Bafta Award® nominee Saul Dibb (The Duchess). Screenplay by Simon Reade (Private Peaceful). Produced by Guy de Beaujeu and Simon Reade. Based on the novel by R.C. Sheriff and Vernon Bartlett and the play by R.C. Sheriff.

TERMS AND CONDITIONS:
PRIZE: 2 winners each receiving 1 (one); Copy of ‘Journey’s End’ on DVD
Competition will close at 6pm on Thursday 31st June 2018 and entries sent after the closing date will not be considered
Entrants must be over the age of 15
Competition is open to UK residents only
Winners will be notified via email for prize fulfilment
Winners’ details will be pass onto a 3rd party for prize fulfilment
Winners will be picked at random from all entrants
If the winner fails to reply to notification of winning within 48 hours of notification they will automatically forgo the right to claim the Prize and a runner up will be selected as an alternative Competition Winner. If such runner up also fails to accept the Prize in the required manner, the next runner up will be selected as an alternative Competition Winner and so on until another Competition Winner is chosen and has duly accepted in accordance with these Rules.
There is no cash or other alternative to the prize stated and the prize is not transferable and no part or parts of the prize may be substituted for other benefits, items or additions
Winner’s name, address and contact details will be requested for prize fulfilment
Prizes are subject to availability.
The Promoter takes reasonable care to ensure that the Prizes are as described in these Rules. However, events may occur that make the awarding of the Prize impractical or inappropriate due to unforeseen circumstances or reasons beyond the control of the Promoter or 20th Century Fox. In this situation, the Promoter may vary or amend the Prize to provide a reasonable alternative as a result of which the Promoter or parties connected to the Promoter shall not be held liable.
The moderator’s decision is final and binding on the entrants – no correspondence will be entered into