There’s a sort of stigma attached to the spring film season. Whereas the fall and early winter tend to bring us the year’s very best and most impressive efforts, the first several months of the year are often filled with lazy action films, uninteresting sequels, and the like. To and extent, this is always the case, but that’s no reason to completely dismiss the current film season, as there are actually a few very intriguing titles on the way. Here are a few films in particular to look out for early in 2014. 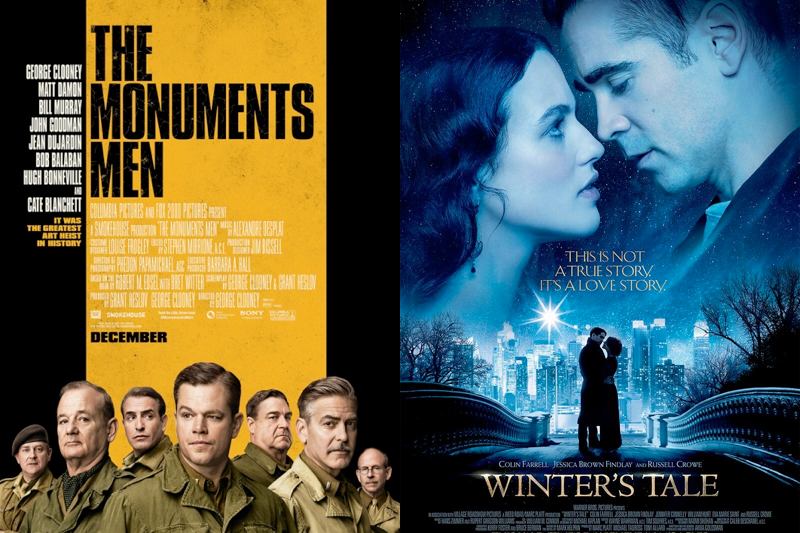 The trailer for this film based on a Mark Helprin novel appears to show a deeply romantic and borderline-whimsical story involving some combination between reincarnation and time travel. The synopsis describes protagonist Peter Lake (Colin Farrell) as a burglar who has the gift of reincarnation, and uses it to pursue his romantic interest (Jessica Brown Findlay) across ages. In lesser hands, it might sound a bit trivial, but the cast also features Russell Crowe, Jennifer Connelly, Will Smith and William Hurt. And frankly, the trailer grabs your attention quite effectively. Also, the book that the film is based on received a very strong critical response.

Film-streaming site Picturebox Films recently tweeted the question “what can George Clooney NOT do?”—and ‘The Monuments Men’ certainly brings to mind the same question. Last time we saw Clooney, he was drifting off into space with a kind of bemused peace of mind in ‘Gravity.’ And now he’s taking on the role of Frank Stokes, a man in charge of a World War II ally unit looking to penetrate Nazi Germany to rescue and preserve famous art that’s at risk of being destroyed. Oh, and Clooney also wrote and directed the film. Matt Damon, Bill Murray, Cate Blanchett and other stars are also in the film, which looks like some kind of intriguing twist between ‘Ocean’s 11’ and ‘Inglorious Basterds.’ Early reviews are so-so, but the cast alone is more intriguing that what we usually see this time of year. 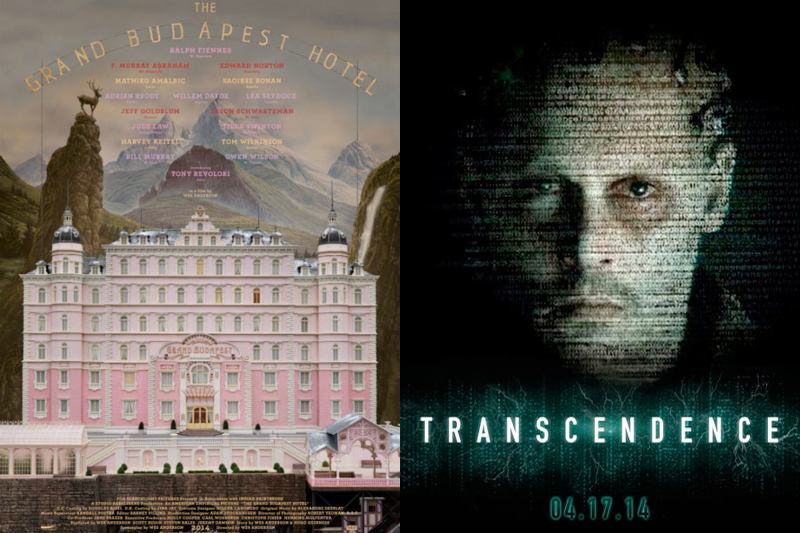 Director Wes Anderson can be an acquired taste, but he’s always inventive, always interesting. This time around is playing with a loaded deck, as ‘The Grand Budapest Hotel’ features an absolutely stacked ensemble cast. The fashion and entertainment site Refinery 29 is featuring a clip and a rather excited written preview of the film, which stars Ralph Fiennes as M. Gustave, the concierge of a mysterious, quirky hotel in Budapest in the era between world wars. Tilda Swinton, Edward Norton, Jude Law, Bill Murray and Owen Wilson are just a handful of the other huge names attached to this intriguing project.

This is the most exciting a director’s debut has been in many years, as Wally Pfister will be in control for the first time after serving as Christopher Nolan’s star cinematographer in most of Nolan’s blockbuster films. Johnny Depp stars as Will Caster, an artificial intelligence scientist with dangerously large ambitions. Screen Rant has more details and rumors on the film, which is seemingly, at its core, about the dangers of future technology. Caster ultimately becomes so consumed with his ambition, and so reckless due to a terminal illness, that he merges his consciousness with a computer system and gains unprecedented power. The film also stars Paul Bettany, Cilian Murphy, Rebecca Hall, and Morgan Freeman.

Doubtless there will be other entertaining efforts throughout the spring. The ‘Captain America’ sequel has Marvel fans buzzing, and between old world epics ‘300: Rise Of An Empire,’ ‘Pompeii,’ and ‘Noah,’ at least one is bound to be decent. But these four films in particular could highlight the season in 2014.

This is a guest post written by Mark Sullivan. Mark is a writer, artist and film fanatic who contributes to a number of entertainment blogs.