All three movies in The Batman Dark Knight Trilogy are now available to buy on DVD and are a great investment for fans of possibly the definitive trilogy of Superhero movies. 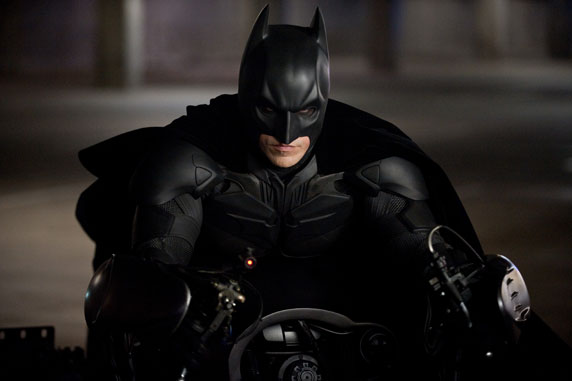 Presenting Batman character in a new way, The entire Dark Knight Trilogy has been hugely successful, captivating audiences all around the world. Director Christopher Nolan has succeeded in capturing the sinister and human edge to the Dark Knight comic books, while providing a fresh new perspective to the Batman story.

Beginning with the origins of Batman, the first movie shows Bruce Wayne AKA The Dark Knight serving time in one of the world’s toughest prison’s in order to gain an insight into the criminal psyche. As Bruce struggles with his own identity we see his humanity as never before and are treated to a more detailed view of his life, starting with the murder of his parents when he was a child and his phobia and connection with bats.

With the films, Director Nolan has managed to build twisted, but realistic plots and characters into the movies that reflect the true darkness of the human race. While all the original Batman themes are represented in this trilogy, the conflicts between the role of Batman and Gotham City billionaire and recluse Bruce Wayne are shown with greater depth than ever before.

Batman fans are taken on a wild ride of highs and lows as Batman establishes his identity and struggles with the forces of evil, both in the villains that threaten to take over Gotham City and within himself. Christian Bale in the role of the Dark Knight, adds an electrifying and compelling edge to the role.

There are many great performances in The Dark Knight trilogy, including Heath Ledger in possibly his greatest role as The Joker, Morgan Freeman, Katie Holmes and Michael Caine as Butler Alfred. In the final movie, The Dark Knight Rises, Tom Bale is sinisterly excellent as Bale, and Gary Oldman as ‘Jim’ Gordon brings a grounded realism to his part.

The latest movie in the series, The Dark Knight Rises is released on Blu-ray, DVD and Digital Download from 3rd December.

Film lovers can find new releases on DVD from Tesco, including the Dark Knight Trilogy, the complete set of Batman DVDs also makes the perfect present for Batman fans everywhere.

Latest
A beautiful day for #leroica in #Chianti! #italy #