For years MPVs have built up a healthy reputation with families thanks to their peerless practicality and reasonable running costs. Since the boom began both Renault; with their Espace and Scenic, and later Vauxhall; with their Zafira became key players. 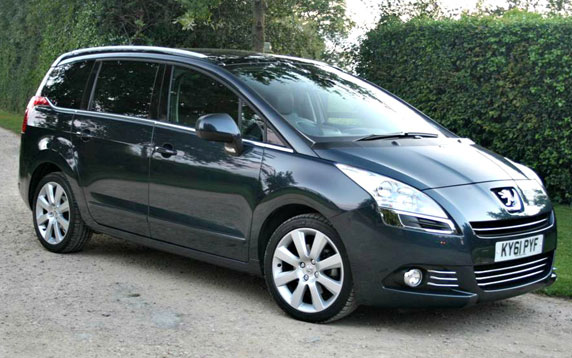 Peugeot on the other hand have been absent from the market since the demise of their mediocre 807 seven seater. Now though they are finally back with a compact MPV to rival the very best, the 5008. Based on the same platform as the successful C4 Grand Picasso and Peugeot’s own 308 the 5008 is smaller than previous offerings but still has seven seats. With a slogan as bold as “Enjoyed by families, loved by drivers” I find out if it’s any good.

If you think of the 5008 as a 3008 with a longer wheelbase and bigger rear overhang you won’t be far wrong as the basic architecture is shared between the two. The details however are completely different. This car is styled with a similar ethos to Peugeot’s of old. Its design is simple, well thought out and manages to look very sophisticated.

At the front there is no gaping mouth grill, just a series of chrome-effect vents and sleek lights that reach back towards the windscreen. Unlike it’s rivals the roof is fairly low with a higher than normal waistline. Towards the rear the window line kinks upwards and meets the high-mounted rear lights. Highlights include subtly flared arches, attractive 17” (Sport) or 18” (Allure) alloy wheels and dark tinted windows. 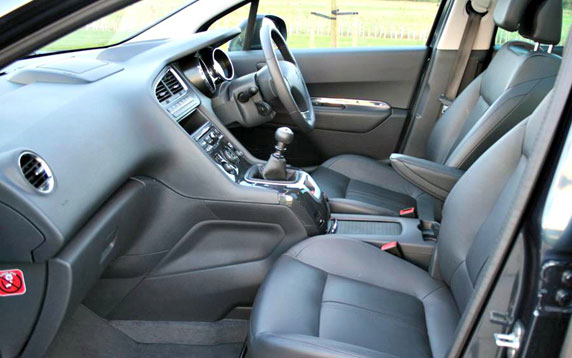 The cabin also mimics the 3008’s with its aircraft cockpit-style dashboard with angled centre console. The switchgear including dials will be familiar but all work well and are where you would expect to find them. Everything is within easy reach with plush materials used throughout, I was however disappointed by the fit and finish around the parking brake which on both models I tested creaked and felt flimsy.

There are tons of ‘cubbies’ littered around the cabin for storing bits and bobs and there are plenty of seating permutations to suit most needs. The second row has three individual seats that slide on runners or fold forward to create a completely flat load area; they are also very comfortable especially when trimmed in the quality leather of the cars I drove. A gentle tug of the lever on the outer seats flips the base up and the whole seat slide forwards to gain access to the rear-most seats.

Admittedly, as with all compact MPVs the seats are only really suitable for children due to the lack of space. Lankier occupants require the middle row seats to be slid forward which then restricts legroom further forward. The seats themselves fold neatly away into the boot floor when not in use and are very simple to operate, rear most passengers also benefit from a cup holder and armrest each as well as a neatly concealed blind. Boot space is limited when they are in place and Peugeot conveniently tend not to quote how many litres are on offer. 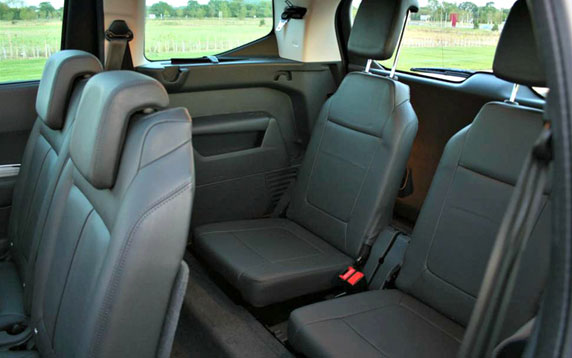 On the move you may be expecting the 5008 to drive like the majority of its piers with wishy washy body control and overly soft suspension. I was pleasantly surprised. Considering its fairly weighty body the 5008s handling is nothing short of extraordinary. Guide the car into a corner and the lack of body roll and superb poise is a real breath of fresh air. On top of this the ride feels well damped and forgiving over most surfaces however the relatively large 17” wheels on the Sport model introduced slightly crashy behaviour on some of the more deteriorated road surfaces which was amplified when fitted with the 18” items on the top spec ‘Allure’ model I also sampled.

Grip levels on offer are plentiful and the handling is better than you would imagine feeling relatively agile with a crisp turn-in. It also takes a lot of heavy acceleration mid-corner to provoke understeer too but the well calibrated traction control system will keep grandparents in the back un-flustered.

For an MPV the 5008 is fairly fun to pilot even with all 7 seats occupied, I found the steering well weighted for enthusiastic driving and the 6-speed gearbox on both cars had a clean action with a fairly short throw making it good to use. I would however have welcomed more feel through the controls which can feel a little lifeless making keen drivers feel isolated from the action. 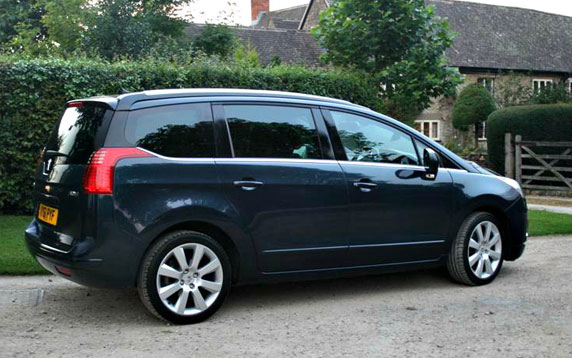 If it were my money I would take the smaller engine every time. Both offer plenty of shove when needed but the Sport offered much smoother power delivery and was much less gruff most of the time whilst returning 55 mpg in mixed driving whilst with me. The larger engine tended to suffer from turbo lag at low revs and when spooled up the thrust on offer felt a little too sudden, also at higher revs too much noise penetrated into the otherwise executively quiet cabin. It also returned a disappointing 41 mpg.

You would expect a car maker that has been out of the MPV game for some time to be a little out of touch, in Peugeot’s case you would be wrong. The 5008 is an impressive car on so many levels; it’s spacious, very well equipped, and economical. Above all it is genuinely decent to drive. Admittedly Ford’s S-Max offers even more thrills but model for model it costs considerably more and may be a little too big for some. You may be thinking that the 5008 is expensive at £21,195 for the Sport and £24,095 for the Allure but both are very plush and come with lashings of standard equipment. Both had full heated leather, satellite navigation, cruise control and parking sensors.

In my eyes the 5008 is well worth a look if you need a versatile car for ferrying the whole family around but want something that feels posh and is enjoyable to drive, in these areas Peugeot have definitely succeeded.

Rob McSorley is an Oxfordshire based thoroughbred car nut with a passion for writing about anything with 4 wheels. What he doesn’t know about cars isn’t worth knowing! When he isn’t busy writing or taking photos of motors he can be found enjoying family life with his wife and young daughter, or camping – usually in the rain somewhere. You can find also him here www.DriverVIBE.com