YOU KNOW what you’re going to get with a Reel Big Fish show: irrepressible energy, dazzling colour and ear-rattling volume. The Californian ska-punk troupe might be some years past the height of their popularity (in this country, at least) but they’re still a live force to be reckoned with. Cropping up at the end of an uncharacteristically sunny Friday in Glasgow, they simply can’t fail.

Openers Magnus Puto’s bouncing, old-school ska stands unadulterated by the pop-punk sensibilities of the latter bands on tonight’s bill. It’s both their strength and weakness. The straight-faced likes of Make Your Mind Up and On A Wave ebb with a little gravitas and no small measure of passion, but the relative lack of humour leaves their shortcomings – a relatively unadventurous performance, a two-vocalist setup that doesn’t quite click – seeming rather exposed. 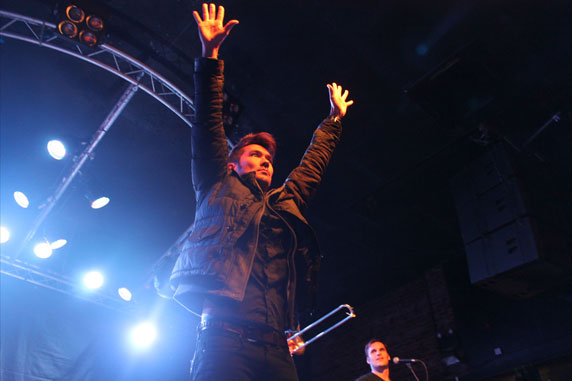 There’s a complete shift in mood for Suburban Legends. The absolutely unstoppable pop-ska extroverts were a semi-permanent fixture at Disneyland and that experience still bleeds from their exceptionally polished music and choreography. Some of the more mean-spirited audience members mistake their flawless showing for hollow façade. The rest of us are too busy necking drinks and skanking to think that much about it. And when they cover Little Mermaid classic Under The Sea there’s a roomful of boozy Glaswegians having the unlikeliest time of their lives.

Plenty of perfectly respectable bands would struggle to follow such a streamlined, exuberant showing. Thankfully, Reel Big Fish have never been about one-upmanship and simply get on with giving everything we’ve come to crave (and expect). 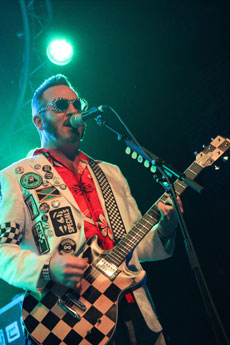 Opening with Everyone Else Is An Asshole from last year’s Candy Coated fury LP we’re in spitting, anthemic, high-charged territory from the off. Frontman Aaron Barrett leads from the front with a focus and drive that you’d hardly believe has weathered over twenty years at the helm. Then we get a broadside of hits in Trendy, Everything Sucks and She’s Famous Now and we’re reminded that fronting this band must be one of the best jobs in the world.

By the time Everybody’s Drunk rolls around mid-set it’s soundly descriptive of the tangled chaos in front of the stage. Revelling in the musical sunshine the heavies are throwing shapes in the pit while pretty girls and little kids bounce about at the back. In The Pit ramps the chaos up a little further before an incongruously melancholy Where Have You Been sees the biggest singalong of the night (and week, and month, probably…).

True, the formula’s not changed much over the years but like the very best cult bands they’ve managed to work formula into an undiluted, consistent character and quality.

As Beer rounds out the main set the Garage is a saturated soup of sweat and spilled-drinks and broad smiles. And when their raucous cover of A-ha’s Take On Me closes their encore, no one here could ask for much more. 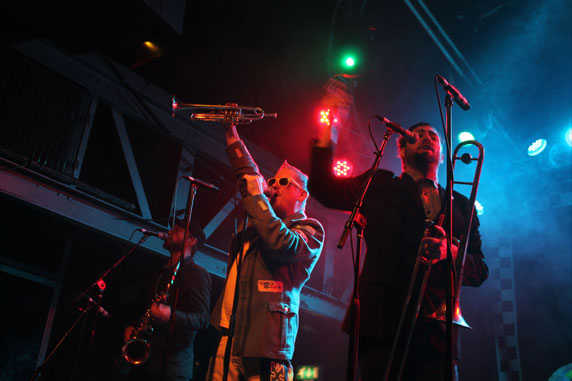 A late night of tearing-up Scotland’s wildest city awaits, but it couldn’t possibly be anymore crazily enjoyable than this. Hurry back lads; we’ll catch you down the front.