Francois Ozon’s coming-of-sexual-awakening tale opens with his central family on its summer holiday in the South of France. Isabelle (Marine Vacth) is turning 17 and decides that now is the time for her to lose her virginity. One disappointing sexual experience later we find Isabelle in the autumn, back at school and studying romantic poetry.

It turns out that this is rather far from her chosen lifestyle as we see her embark upon a journey to a chic hotel to have sex with a man for money. 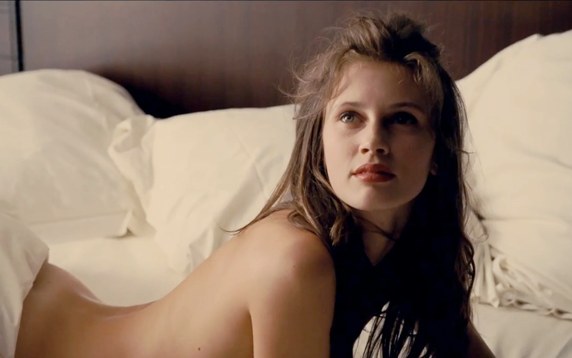 Ozon’s mature and considered film takes on Isabelle’s narrative with a refreshing lack of controversy. A film about such a contentious subject as sex work (and by a minor in this particular story) is going to find in its viewers some per-conceived notions (be they pro or anti this career choice) so Ozon makes the sensible decision to remain impartial. He directs with a lightness of touch that allows the audience to find their own way into the story and to draw their own conclusions; negotiating the tricky path between in-your-face and indifferent to present both sides in an honest way.

Marine Vacth is remarkable as the young woman finding her own path in life. She gives a fairly caged performance which only really opens out when her alternative lifestyle has been discovered. She seems to mature before our eyes as she becomes increasingly aware of her power in other people’s lives. She mildly manipulates and plays with expectations as she grows in confidence outside of her work. Considering the amount of misrepresentations involved in her bedroom activities (she lies about her age, her name, borrows her mother’s clothes) it is quite wonderful to see her using her reality to her advantage outside that arena. 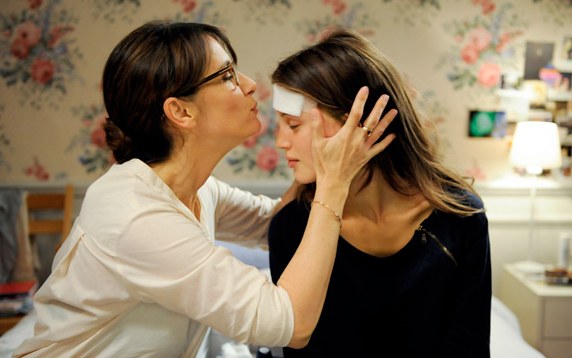 Géraldine Pailhas gives a sympathetic performance as Sylvie, Isabelle’s mother, who desperately struggles to come to terms with her daughter’s choices. By turns devastated, understanding and bitter, Pailhas presents an excellent reading of the woman trying to find her place in her daughter’s unexpected life.

There is also excellent support from Fantin Ravat as Isabelle’s sexually intrigued younger brother, Frédéric Pierrot as her step-father, always trying to maintain the peace and failing to take both sides at once between mother and daughter, and Jeanne Ruff as her best friend, still believing Isabelle to be a virgin and trying to encourage her to enjoy her youth.

Philippe Rombi’s score is a luscious delight and Pascal Marti takes a laid-back and naturalistic approach for his cinematography, giving the characters the fullness of his camera’s attention.

This is a quiet, considered film. It will not shake you to the core nor leave you with any idea of the director’s moral opinions but it is all the better for it. Jeune et Jolie deserves to be pondered and the performances and direction allow that breathing room to the viewers. Make full use of it.