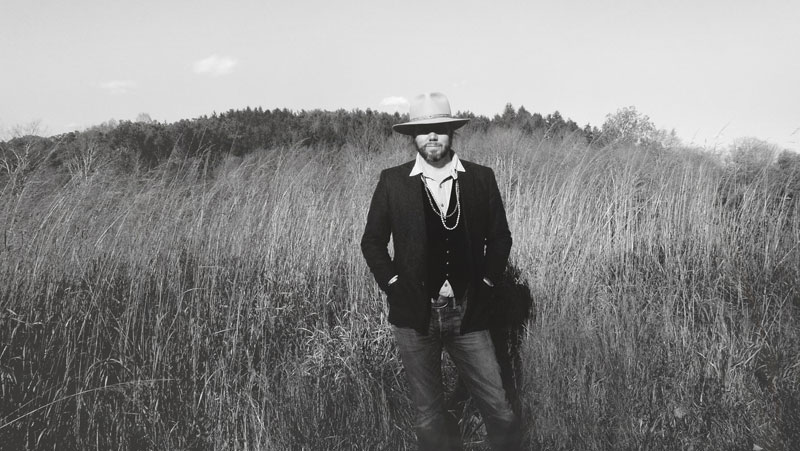 As part of the Black Crowes, Rich Robinson wrote pretty much all the music and his brother Chris sang and wrote the lyrics. When they released ‘Shake Your Moneymaker’ in 1990 he was just 21 years old.

On tour, he was just the guitarist, heads down, stage left and some backing vocals at the chorus. When the stepped out of the shadows and planted himself in the frontman role on first solo record 2004,’Paper’, he did so not so much from an egotistical perspective, but with the Crowes in hiatus, through one of necessity. With a collection of music and no singer to sing them, it was a “If you want something doing, do it yourself” philosophy.

I have to admit I’ve not listened to ‘Paper’, I’m saving it like ‘Breaking Bad’ for a rainy day, however the sound of Rich Robinson’s second solo release ‘Through a Crooked Sun’ has been close to my stereo for the last 12 months, and it sounds like a man finding his solo feet after 20+ years playing guitar in a band.

Fast forward to now and ‘Ceaseless Sight’ is a bright, punchy affair, less country and more like a Crowes record than the last one. Rich’s vocals soar and tower, and where there were whispers, there are shades of a 70’s era Stones swagger. It suggests Rich is growing more comfortable in the limelight, free from the emotional and musical shackles of performing alongside one of Rock N’ Roll’s greatest vocalists (who is also his brother, Chris).

I’m still exploring it’s delights fully, but ‘Down the Road’ stands out immeadiatley, so to does ‘One Road Hill’ with it’s country sing-along feel and nursery rhyme hook (see above).

There is also a gorgeous duet with Levon Helm’s daughter Amy on ‘The Giving Key’, and mostly the guitars are spread thickly onto slow burners, drip feeding into your brain with each play.

Recorded with drummer Joe Magistro and keyboardist Marco Benevento at Applehead Recording in Woodstock some of the local vibes have clearly oozed under the door and listening to ‘Ceaseless Sight’ makes you want to buy a ’56 Chevy Pick Up truck, some cowboy boots and a barn in the Catskill Mountains.

Mind you, “It’s not where you are, it’s where your ‘at'”. After listening to Ceaseless Sight, Rich Robinson seems like he’s ‘at’ a pretty good place, wherever he lives.

Rich Robinson is currently on tour in Europe, for more info and dates visit http://www.richrobinson.net/