The brainchild of Belle and Sebastian singer/songwriter Stuart Murdoch, kickstarter-funded ‘God Help the Girl’ is likely to be the most adorkable (apologies) indie film of the summer. Murdoch’s musical tale centres on Eve, a girl struggling with her mental health who we first meet running away from her hospital home to watch a band. Here she meets James and the seeds of their future friendship and musical journey are sown.

Murdoch is not afraid of ‘cute’ and while the film sometimes pushes a bit too far into this territory it is to his credit that it is engagingly consistent in both its characters and feeling. Unashamedly twee in places God Help the Girl revels in its characters’ ultra-quirky natures and explodes with joy and colour whenever a musical number pops up – and they do regularly.

Emily Browning is a believable and sympathetic Eve. Her singing voice is perfect for the musical stylings of the film and her chemistry with Olly Alexander holds the story together beautifully. Alexander is an absolute joy to behold as James. Funny, nerdy and wonderfully loyal you can imagine that there will be a good number of crushes developed on this sweet-natured charmer. Hannah Murray’s Cassie is the slightly less engaging of the three, her character is underwritten and she can sometimes feel like a bit of a third wheel. Her singing also leaves a lot to be desired. 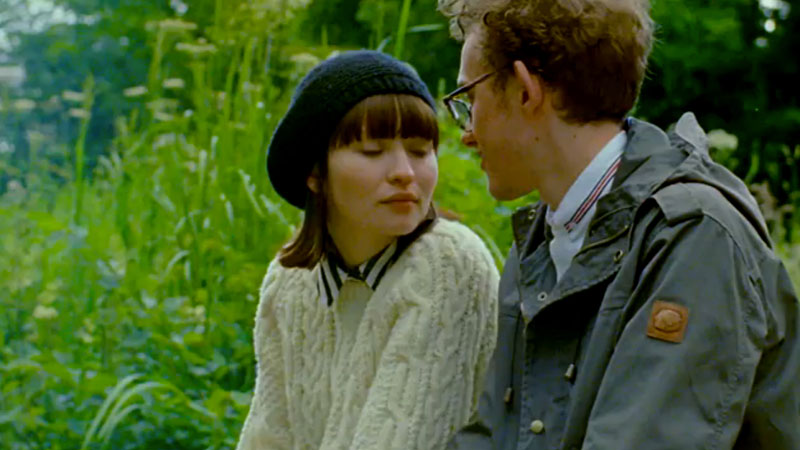 As with many a musical, there are questions left unanswered by the more tuneful elements of the film, although these are less of the ‘where is the orchestra hiding?’ and ‘how does everyone suddenly know all the dance moves?’ variety. Setting the group of friends up as a musically talented bunch on the lookout for a band and gigs settles these cleverly in many of the scenarios. But with the explosion of colour during a number of routines you are sometimes left wondering if these elements are in our protagonist’s head. But, as with those other musicals with the magical mystery orchestras and shared knowledge of Jerome Robbins choreography, God Help the Girl successfully turns to music and makes its audience forget to ask why.

There are a couple of particularly great numbers – ‘I’ll Have to Dance with Cassie’ and ‘Pretty When The Wind Blows’ make the biggest impression – and some not so wonderful (the songs do tend to lose their way when sung by anyone other than Eve) and there are times when the lyrics feel a little smug in their arty, too-cool-for-school, ‘look, we don’t even need to rhyme’ way, but the overwhelming feeling of the film is such fun that you get carried along anyway.

Murdoch has created a fresh and fun musical with hints of the French New Wave and two central characters that it is genuinely fun to spend time with and get to know.